Hellllloooo fellow readers, writers, and bloggers. I’m excited to announce that the author of the Sword of Light trilogy (Check out my reviews: Stormweilder, Firestorm, Soul Blade), Aaron Hodges, has released the first novel of yet another series: The Praegressus Project. Below I’ve attached all the information you might want to know about both the author and book one.

Stay tuned for MY review of his latest work! 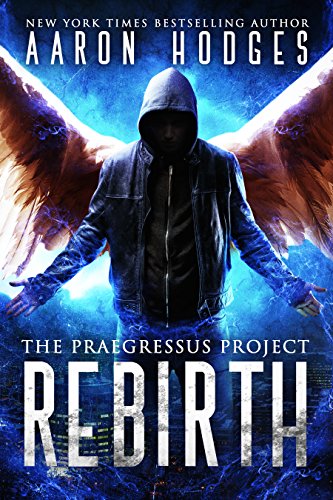 For centuries, our evolution has stagnated.
Surrounded by technology, we ceased to adapt.
Until now…

In 2051, the Western Allies States have risen as the new power in North America. Now a mysterious epidemic is spreading across the countryside, igniting terror wherever it touches. But its victims do not die – they change. People call them the Chead, and destruction follows in their footsteps.

Amidst the wealth of San Francisco, eighteen year old Chris is caught in the cross-hairs of the government when his mother is accused of treason. Spirited away in the night, he wakes in a facility hidden deep in the Californian mountains. There he must face the horrors of the Praegressus Project. Chances of survival are slim; but only the lucky get to die…

Available both in paperback and eBook!

While you’re at it, hop on to Aaron’s website for more information!