September Sky begins the American Journey series with Chuck Townsend, an unemployed San Francisco reporter, and his college-dropout son, Justin. During a cruise, they attend a lecture where Professor Geoffery Bell discusses the possibility of time travel. Soon after, he offers the Townsends the chance of a lifetime. Though skeptical, they embark on an incredible journey to 1900.

September Sky has pretty much everything you could want in a book: history, love, adventure and mystery. Although Chuck Townsend and his son were instructed to go to Chicago, they ride the train to Galveston, Texas, in hopes to right a wrong. In doing so, they each fall in love with a duo of librarians, make new friends and ultimately enemies.

Character development was energetic and well-developed. My favorites were Justin and Emily. They seemed most real and I enjoyed getting to know them. Chuck and Justin, who were just beginning to find common ground for their own struggling relationship gradually grew throughout the book.

The era and its customs were also well researched. I felt I was there–however, I do feel the dialogue for the 1900 characters seemed a little too modern. Of course, that wasn’t a deal breaker for me.

The story itself was slow moving but steady. It was predictable from having read books three through five before picking up September Sky, although I did come across a few fun twists. While this isn’t my favorite book of this series, September Sky is well worth the time to read. I had to force myself to put it down.

Overall Rate: 4 out of 5 stars 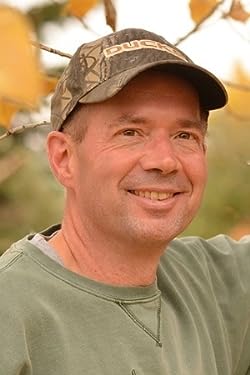 John A. Heldt is the author of the critically acclaimed Northwest Passage and American Journey series. The former reference librarian and award-winning sportswriter has loved getting subjects and verbs to agree since writing book reports on baseball heroes in grade school. A graduate of the University of Oregon and the University of Iowa, Heldt is an avid fisherman, sports fan, home brewer, and reader of thrillers and historical fiction. When not sending contemporary characters to the not-so-distant past, he weighs in on literature and life at johnheldt.blogspot.com.